Not long ago, in 2017, ATMs celebrated their 50th anniversary. Their inauguration in 1967 changed the way banking worked, allowing for financial transactions without the direct involvement of bank staff.

The automated teller machine serves as a cash dispenser, primarily. It does allow you to make deposits, transfer funds and check your account information. Barclays Bank of London installed the first modern ATM in 1967. There were many more machines alike to it prior to 1967. Its birthday, and hence, the birthday of ATMs was on June 27th, 1967. Its creator was John Shepherd-Barron and his engineering team.

The 50th anniversary of ATMs, however, is marked by rather ominous reports.

The Decline of ATMs

ATMs are still widely used as cash dispensers throughout the world, yet people have been turning away from paper funds. Cashless transactions have been much more frequent, thus the decline in usage of ATMs.

Despite that, ATM installations are probably going to reach 4 million in 2021, according to Retail Banking Research.

The advantages of such a system are that there is no central point of failure. A decentralized system allows for more security for the user, which is another advantage.

Many companies and startups have started turning towards cryptocurrencies as a means of transfer. “Pundi X has run pilot projects using point of sale machines for retail transactions in Hong Kong” Business Standard reported on September 6.

Without cryptocurrencies, cashless transactions are presenting ATMs with a challenge. Add to that an increase in widespread cryptocurrency acceptance and retail implementation, ATMs are surely going to have more competition. 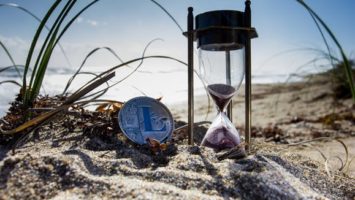